Member since July 6, 2018
He had a dream in December that predicted the pandemic and protests.

In June, he had more dreams about the future. One thing has already come true. Banks had no coins in his dream, and now there is a national coin shortage.

If the rest comes true, September, October and especially November are going to be horrible

He says to prepare food, guns and ammo, and alternative forms of currency, like gold and silver.

Member since July 6, 2018
He predicted the virus, protests, riots and even the coin shortage. Brace yourself for the fall. It's going to be bad.

Member since August 6, 2018
the y2k predictors were right too

Member since July 6, 2018
The Y2K fears turned out to be wrong only because people fixed the computer systems. There is no way to prevent what will happen this fall. We can only prepare.

I’m open to this sort of thing but this seems false.

Now I have a friend that is into the occult that in January said that 2020 was going to be the year of the dark side of The Feminine. He said he meant that nature and peoples emotions would bring disaster. So far that’s been the case!

Member since August 5, 2017
What makes you think I didn’t watch it?

Member since February 19, 2018
Of course it's BS. All you have to do is make a vague prediction, and then let gullible people bend it to what actually happens.

Member since May 15, 2018
Shame he didn’t have a dream telling him how to use landscape mode on his phone when recording these important messages.

Why do people do that?

Member since July 6, 2018
He stopped filming his videos that way:

One thing has already come true. Banks had no coins in his dream, and now there is a national coin shortage.

A coin shortage isn't the same as no coins at all. The US mint said there is an adequate supply of coins circulating, not that we couldn't survive without them even if there weren't.

Member since May 15, 2018
All they have to do it dredge those wishing wells.

There is no coin shortage! It's a precursor to a cashless system and the banks are complicit. I'll grant that there may be a shortage of US cents that now cost 2¢ to mint. Canada was smarter and stopped minting them when the cost hit 1.6¢ in 2012.

Canada cuts costs by eliminating penny, while US still clings to iconic coin 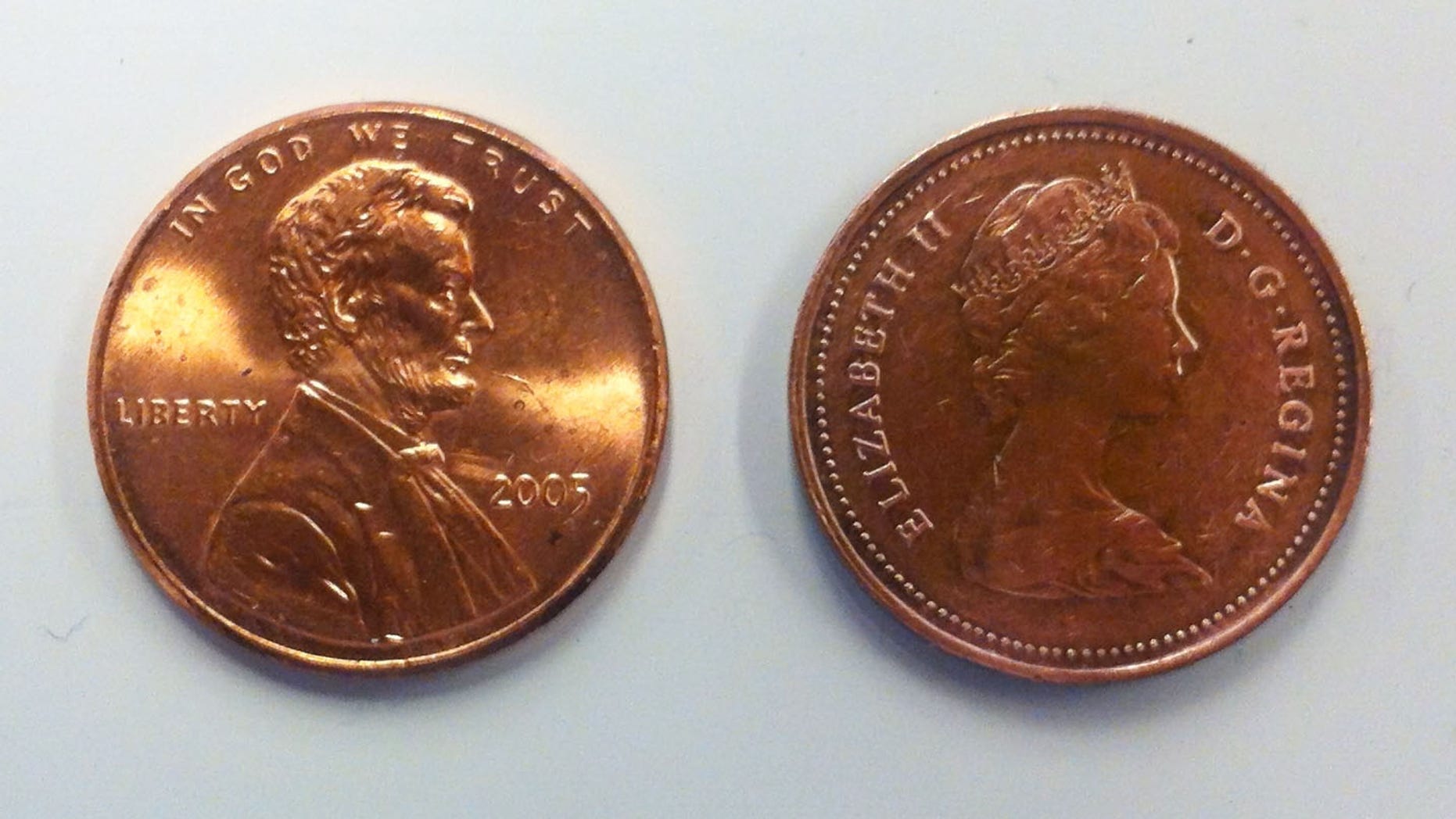 Member since May 15, 2018
There were plans to get rid of the 1p and the 2p coins but the government was talked out of it because there are still many people reliant on cash. The last coin to go in the UK was the half pence coin.

The last coin to go in the UK was the half pence coin.

I fondly remember collecting farthings when I was a kid. In the old days that was 1/960th of a pound. 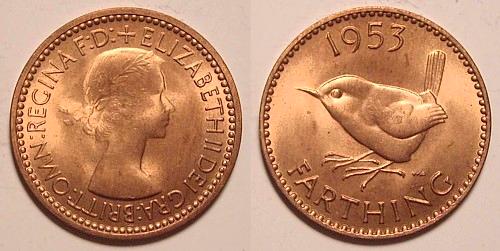 Member since May 15, 2018
They were still around when I was a child and I used to love the little wren. I was three when they stopped being used but we still managed to find them in sofas or behind cupboards.

Member since March 11, 2020
He's advocating that we kill each other to stay alive. Jesus wept.

It’s getting downright biblical out there.

With a deadly virus spanning the entire globe, maybe it’s time to take a look at the 10 plagues of Egypt, from the biblical book of Exodus to see how we’re doing.

Lake Meke in Turkey’s central Konya province has dried up and the few remaining puddles in the lakebed have turned red due to the microorganisms present. In Naro-Fominsk, Russia, the Gvozdnya River also turned red after an unknown spillage. “One online comment said pollution had caused a ‘blood river’ at the location, some 50 miles southwest of Moscow,” Britain’s Daily Star wrote.

Want more? A lake in the Mexican village of Chichimequillas suddenly turned bright pink. Officials say it might be a combination of sodium, unusual bacteria and gunpowder chemicals, but obviously, it’s plague 1 of the Bible. Closer to home, Lake Salubria (which means “good health”) in Bath, New York, also recently turned red.

In the English town of Chesterfield, frogs are frightening people by emerging through sinks and drains — and sometimes just lurking on the sides of toilet bowls.

In Florida, toxic toads are invading homeowners’ yards. Cane toads ooze a milky, toxic substance called bufotoxin, which is deadly to cats and dogs if they bite, sniff or lick the giant toads. The toxin is also dangerous for humans, and people should wear gloves and protective gear when disposing of the toads, according to the Florida Fish and Wildlife Conservation Commission.

A few months ago, a lice infestation hit Washington State University in Pullman, east of Seattle. Lice also popped up in a public school system in Quincy, Massachusetts.

As for gnats, yeah, they’re here, too. “Outbreak of biting gnats, black flies in Baton Rouge,” said a recent headline from WBRZ-TV.

“Unfortunately, they can’t be controlled with the spraying of insecticides designed to control mosquitoes,” according to a statement from the East Baton Rouge Parish Mosquito Abatement and Rodent Control Center.

Rabbis have interpreted the word for the Fourth Plague — arov — to mean either wild animals, hornets or mosquitoes.

Let’s jump right to hornets. Giant hornets were spotted for the first time in America in December — another gift from Asia, like the coronavirus. The hornets kill upwards of 50 people in China and Japan each year, and they also attack honeybees, which pollinate the fruits and vegetables we eat.

Scientists fear the hornets, like the stink bugs that emerged in the U.S. several years ago, will soon sweep the nation (again, like the coronavirus).

The Bible also says hordes of wild animals were roving all over the country. And with humans hunkered down, they are.

“Animals have started taking advantage of cities as they enter lockdown during the coronavirus pandemic. From New Delhi, India, to Buenos Aires, Argentina, groups of animals including deer and lemurs have started to come out to explore — in search of food or just to play,” The Guardian wrote.

“The hand of the Lord will bring a terrible plague on your livestock in the field,” says plague 5.

“COVID-19 may force farmers to kill, throw away livestock,” the Detroit Free Press wrote this month. “Lost demand with the closure or significant slowdown of restaurants, and COVID-19 outbreaks at meat packing plants nationwide, where employees work closely together, have slowed meat processing to a trickle,” the article said.

“Covid-related slaughterhouse shutdowns in the U.S. are leading to fears of meat shortages and price rises, while farmers are being forced to consider ‘depopulating’ their animals,” the piece said.

“Festering boils will break out on men and animals throughout the land,” says plague 6. That hasn’t happened yet.

So perhaps, something to look forward to.

“At this time tomorrow I will send the worst hailstorm that has ever fallen on Egypt,” says plague 7.

“Let my people go, so that they may worship me. If you refuse to let them go, I will bring locusts into your country tomorrow,” says plague 8.

“They’re back: Trillions of locusts descend on East Africa in second wave,” The Washington Post reported on Tuesday.

So, big check mark for locusts.

9. Darkness for three days. Sort of.

“Moses stretched out his hand toward the sky, and total darkness covered all Egypt for three days,” plague 9 says. That hasn’t happened, but then Exodus says: “No one could see anyone else or leave his place for three days.”

Well, we’ve all been hunkered down for weeks or months, so this one is kinda happening. And there have been power outages amid the lock down. “Residents deal with power outage on top of COVID-19 isolation,” ABC-7 in California wrote last month.

Finally, some good news. This one hasn’t happened so far, but the Mayo Clinic says, “Although rare, children under age 1 (infants) are at higher risk of severe illness with COVID-19. This is likely due to their immature immune systems and smaller airways, which make them more likely to develop breathing issues with respiratory virus infections.”

But aren’t the elderly really our “first born,” our parents and grandparents? The fatality rate for them is far higher than for any age group.

Of course, we don’t really think COVID-19 is bringing the 10 Plagues, buy maybe — just maybe — it’s time for all of us to brush up on the Bible. We’ve got the time — as long as the power stays on.

In the first one, he mentions dreaming about fields full of postal trucks, because of post offices not being open as much. He had the dream in July, and then in August, similar things happened in real life with the post office. There were pictures of sorting machines and mailboxes that had been taken away.

In the last video, he sees headlines about a "Trump victory" being challenged. Kamala Harris is in the dream, whipping mules. Sometimes Joe Biden gets hit with the whip, but Biden has no idea he's being whipped and isn't aware of what's happening.

Then Trump is on his knees and Hillary Clinton is standing behind him in a Wilma Flintstone dress. She has a knife to Trump's neck. Trump is able to punch her and then he runs away. Trump gets shot at three times, and each time, a Secret Service agent takes the bullet. Clinton and Biden get killed. Then Harris starts crying, but she's crying quarters instead of tears. Then there's a headline that says, "UN Steps in to Help Host Nation."

Member since July 6, 2018
That's what he's been doing, except for the dream he had about the pandemic, because he didn't know at the time that the dream was prophetic.

Member since July 6, 2018
The dates on the uploads I posted could be different from the dates they were originally uploaded. Sometimes he says the dates in the videos. He mentioned Facebook, so maybe he posts the videos on Facebook and other people upload them to YouTube. The videos I posted aren't from the pastor's YouTube account.

I agree, some things from his dreams are his own worries and opinions.

Member since July 6, 2018
He has his own YouTube page now: https://www.youtube.com/channel/UCRLULdKGs9xjf9J0FUSY6bQ

He recently had a dream about Biden dying in December. He had another dream before this too about Biden and Hillary Clinton dying after the election.

This message has been deleted.
▲ Top