Member since October 14, 2018
This movie never seems to age.

You can’t go wrong with Grace Kelly.
“There are no atheists in foxholes, eh?”-Keith Jennings from the Omen.

Member since March 7, 2020
👍 I should give it a rewatch soon,It's been awhile.
"It doesn't matter who hurt you,or broke you down,what matters is who made you smile again."

Member since October 14, 2018
Fuck yes! Lol, it’s an amazing work of cinematic art.
“There are no atheists in foxholes, eh?”-Keith Jennings from the Omen.

Member since March 21, 2017
She died too young, and tragically, but at least she survives in movies like this.

Member since October 14, 2018
At least she was granted one happy ending.
“There are no atheists in foxholes, eh?”-Keith Jennings from the Omen.

Member since August 27, 2018
I love that red dress she wears in the first scene. The one with the lace shrug
Fasten Your Seatbelts….
It's Going To Be A Bumpy Night!

Member since January 27, 2020
I just hope the posters here don't drive you to murder. 👁

Member since October 14, 2018
I couldn’t care any less about what my haters think since they’re irrelevant to me, but thank you.
“There are no atheists in foxholes, eh?”-Keith Jennings from the Omen.

Member since October 14, 2018
👍
“There are no atheists in foxholes, eh?”-Keith Jennings from the Omen.

Although the director was working in a commercial field, he was often fearless when it came to challenging material. Some of his best work was done utilizing a minimum setting or a single set, as in Rear Window and Lifeboat.

It's been some time since I've seen Dial M For Murder, but I believe he widened the scope of the movie to accommodate some necessary scenes outside the apartment. Still, in keeping the focus on Grace Kelly in her confined space, he was able to ramp up the tension to a terrifying degree.

The usually astute director does make an error in the movie. In the scene in which Anthony Dawson attempts to murder her, a glint of silver in the already planted scissors is visible above him prior to Kelly stabbing them into his back. 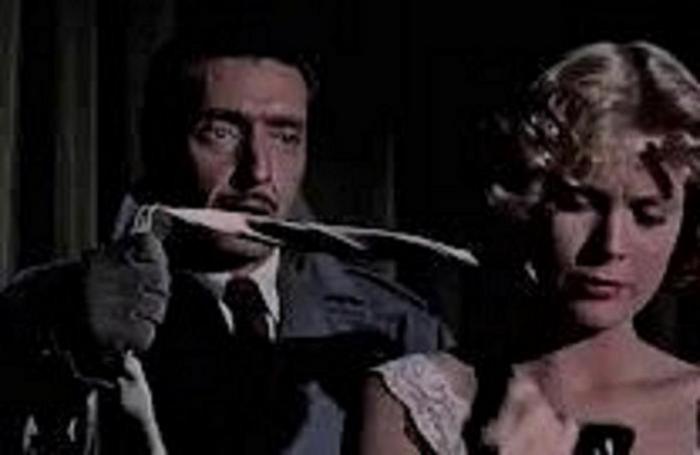 The mistake apparently escaped everyone's attention until they were in the editing room. It probably could have been easily corrected in the editing or with an alternate take. Perhaps Hitchcock decided that the moment went by so fast no one in the audience would notice.

Hitchcock, of course, never envisioned the home video market and dvd where every single frame of a movie is subject to the most minute scrutiny.
And This, Too, Shall Pass Away

Member since April 16, 2019
Excellent movie. Great choice, Russell. 👍
"When you can't look on the bright side, I will sit with you in the dark." ~ Alice in Wonderland

Member since March 13, 2020
Hitchcock was the master of suspense, yet there's such range among his films. Dial M for Murder, for instance, is nothing like Psycho, Rear Window, or Shadow of a Doubt. Each of his films is in a class of its own aside from the themes and techniques that unify the styles of his work and identify it as uniquely his.
▲ Top