Event Horizon Telescope collaboration, which released the world's first image of a BLACK HOLE in 2019, unveiled a new view on Wednesday showing how the object at the center of the M87 galaxy looks in polarized light.

Two years after producing the first-ever image of a BLACK HOLE, an international team of researchers has released an updated view of the magnetic fields surrounding it — a development they say brings them one step closer to understanding the M87 galaxy's ability to "launch energetic jets from its core.".

The Event Horizon Telescope said in a release that more than 300 researchers collaborated on the project and their findings were published Wednesday in two separate papers in The Astrophysical Journal.

EHT scientists captivated the world in April 2019 when they released an image of the supermassive BLACK HOLE at the center of galaxy Messier 87, which is located 55 million light-years away from Earth. The dramatic image shows a dark central region outlined by a bright ring-like structure, which scientists described at the time as "emission from hot gas swirling around it under the influence of strong gravity near its event horizon," referring to the boundary marking the limits of the BLACK HOLE. The new image captures that same view in polarized light, with brightly colored streaks of light corresponding with its magnetic field.

"We are now seeing the next crucial piece of evidence to understand how magnetic fields behave around BLACK HOLES, and how activity in this very compact region of space can drive powerful jets that extend far beyond the galaxy," said Monika Mościbrodzka, coordinator of the EHT Polarimetry Working Group and a professor at Radboud Universiteit in the Netherlands.

Bright jets of energy and matter emerge from M87's core and extend at least 5,000 light-years from its center, according to EHT. Most of the matter lying close to the BLACK HOLE'S edge falls in, but some of the surrounding particles manage to escape and get blasted far into space in the form of jets, a process that has long intrigued researchers.

Astronomers are still working to understand how jets larger than the galaxy itself are launched from the BLACK HOLE within it. The newly released image of the BLACK HOLE and its shadow in polarized light enables them to examine the activity-filled region just outside the BLACK HOLE for the first time, researchers said.

Zooming-in to the heart of M87 to see a new view of its BLACK HOLE.

"This work is a major milestone: the polarisation of light carries information that allows us to better understand the physics behind the image we saw in April 2019, which was not possible before," said Iván Martí-Vidal, coordinator of the EHT Polarimetry Working Group and researcher at Spain's Universitat de València.

Just as polarized sunglasses can help people see better by reducing reflections and glare, researchers explained, "astronomers can sharpen their vision of the region around the BLACK HOLE by looking at how the light originating from there is [polarized]." With this new information, they can map the lines of the magnetic fields at the inner edge of the BLACK HOLE to better understand their structure.

With these new findings, the team is now homing in on the role of strongly magnetized gas, EHT said.

Jason Dexter, coordinator of the EHT Theory Working Group and a professor at the University of Colorado Boulder, said the new observations indicate that the magnetic fields at the edge of the BLACK HOLE are strong enough to "push back on the hot gas and help it resist gravity's pull.".

"Only the gas that slips through the field can spiral inwards to the event horizon," Dexter said.

The first polarized image of a BLACK HOLE is the product of eight telescopes linked together around the world to create the virtual Earth-sized telescope, and years of work involving "complex techniques" in obtaining and analyzing data, according to researchers. And, they say, it's just the beginning.

Dominic Pesce, a researcher at the Center for Astrophysics in Cambridge, Mass., said future observations will enable researchers to study how the magnetic field structure changes over time. In the meantime, the EHT itself will continue to expand.

"Even now we are designing a next-generation EHT that will allow us to make the first BLACK HOLE movies," said Sheperd Doeleman, founding director of the EHT. "Stay tuned for true BLACK HOLE cinema.". 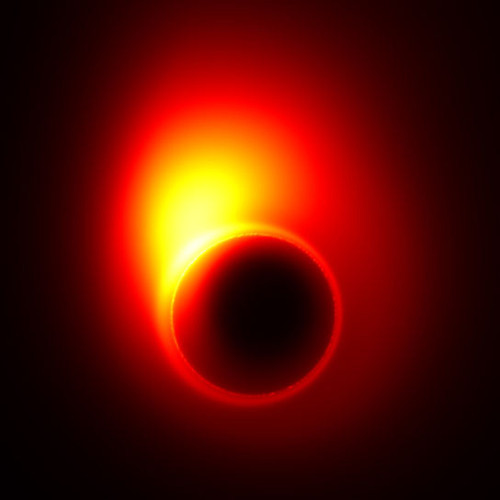 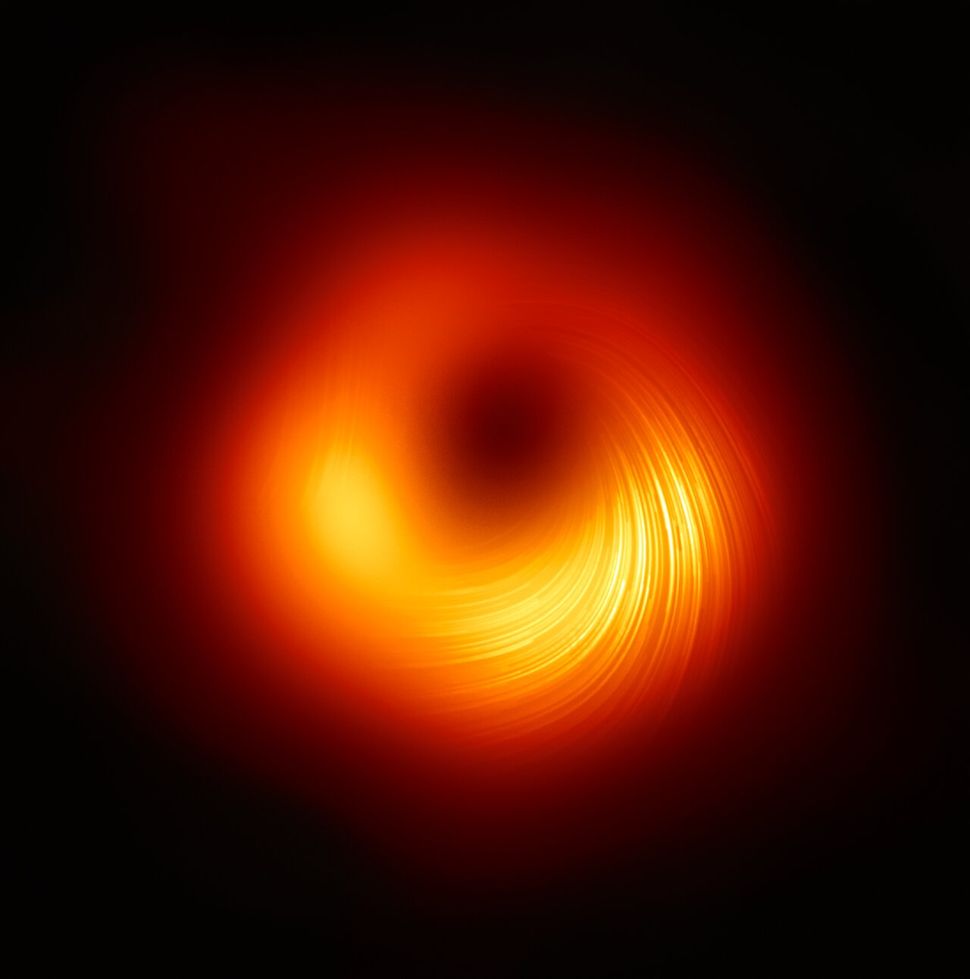 Member since December 22, 2020
Also, the polar caps are melting so Earth has to replenish all that snow and ice. This winter might be a sonofabitch.
▲ Top